Stephanie Anne Minervino, granddaughter of Profitec’s founder, Richard Minervino Sr., and daughter of Randy Minervino, VP Sales & Marketing, has followed in their footsteps and signed up for the Marines to contribute to the global war on terror. 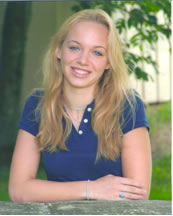 Stephanie has worked as part of Profitec’s back-office support staff for the last year while attending college full-time. Her work experience began in Profitec’s call center after which she moved into Profitec’s provisioning department specializing in local services and dedicated circuit activations. While Stephanie enjoyed her Profitec experience, she always felt a calling to contribute as an American.

“I remember my daughter coming home from school on September 11, 2001,” says Randy her proud father, “that night Steph was telling me how they watched the events at the World Trade Center unfold live on television. She told me how her classmate John Smart was terrified that his uncle had been trapped on a high floor of the North Tower. Soon after, the death of James Waters was confirmed. She was in the 7th grade at the time and she told me then that if the country did not deal with the terrorists by the time she graduated high school, she would join the Marines and help fix things. Since she graduated high school at only 17 her mother and I insisted that she try college for a year before she made such a big decision. She made the decision entirely on her own and we are very proud of her.”

Stephanie will graduate from boot camp on November 9th. She will then attend Infantry School (MCT) at Camp LeJeune, North Carolina before heading off to a year-long school for training in her primary duties as a field intelligence specialist.

If you’d like to learn more about how Profitec can help support your business, call 1-800-360-1910 or fill out the form below to request a demo.